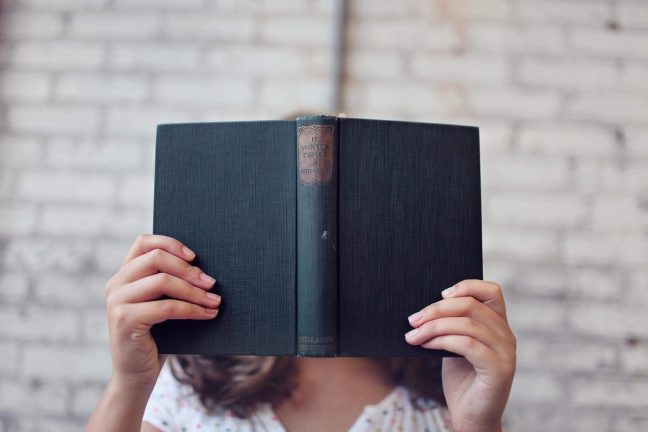 When we read a well-crafted story, it can sometimes seem as though the perfect plot fell from the sky and the author simply plucked it out of thin air.

They make it look so easy, we mutter. Why can’t I get that kind of inspiration?

But in reality, juicy and engaging plots don’t just “happen”—they’re the result of intentional craft. By pulling apart the stories we love, we can see how all the moving parts fit together to make the machine run as intended.

And the good news is, we don’t have to depend on inspiration to deliver us a juicy plot—we can create it ourselves.

What makes a plot juicy?

We often think about plot as simply “what happens” in a story, but it takes more than just “things happening” to keep us turning the page.

For a reader to stay invested, a story needs to do two things:

Research on the neurobiology of stories has found that in order to hold our attention, tension needs to increase as the story continues.

That may seem a rather obvious finding, but researchers also found the longer a story keeps our attention, the more we resonate emotionally with the characters, feeling what we imagine they feel.

This empathetic and transportive response is driven by what some call the “love hormone,” oxytocin. By analyzing blood drawn before and after a narrative experience, researchers discovered that character-driven stories—that is, stories guided by characters’ motivations, actions, and/or emotions—trigger oxytocin’s release, allowing us to empathize with the characters and be transported by the narrative.

When there isn’t enough conflict and tension fails to increase, we quickly tune out the story. If the events feel too disconnected from the characters, oxytocin isn’t released and we fail to be transported.

In other words, the plot of a juicy story is driven by conflict, and that conflict is driven by its characters.

Here’s a simple exercise for brainstorming character-driven conflict and conflict-driven plot to keep your readers hooked and transport them into your world. You can use this exercise when outlining or when you hit a block in a draft and need to figure out what happens next.

The goal is to unlock plot points that will keep readers turning the page from beginning to end.

For this exercise, all you need is a piece of paper and something to write with. I recommend using a larger piece of paper if possible—standard 8.5×11 should work fine, but tiny notebooks might not give you much room.

Alternatively, you can also use a whiteboard, or use three separate pages in a notebook, or a stack of index cards—whatever you have on hand!

Landscape or portrait orientation is up to you. As long as you have three distinct sections you can look at side-by-side, with enough space to write a little in each, you’ll be able to do this exercise.

Step 2: In the first column, write down everything your main character wants.

In the classic fairy tale, Cinderella wants to go to the ball. In the movie Die Hard, John McClane wants to save his estranged wife and other hostages from Hans Gruber.

Think on both the external level and on the internal level. An external want, for instance, could be wanting to find a job; an internal want could be the desire to feel validated and fulfilled.

It doesn’t matter how big or how small these wants are, only that they are important to the character.

Step 3: In the second column, write down things other characters want.

If you’re not sure where to begin, use the wants from the first column as a starting point.

Stories with a clear antagonist often involve motivations that are in direct conflict with the protagonist: Cinderella wants to go to the ball, but her stepmother wants her to stay home. McClane wants to save the hostages, and Gruber wants to keep the hostages.

Other wants might not be in direct conflict, but they still increase tension. Gruber wants to keep the hostages, yes, but he also wants to steal the bearer bonds and fake the deaths of his team. Well fleshed-out characters, after all, have desires all their own.

Even relationships outside the traditional protagonist-antagonist dichotomy have desires that create conflict, either directly or indirectly, internally or externally.

The obvious direct and external conflict for my character who wants a job might be another character who is competing for the same job. But these two characters likely aren’t the only ones in the story.

My character’s wife might want him to get a job, too, but she might also want the elevated status that comes with her spouse having a high-powered position. Even though these characters have the same external want, their internal wants (for validation versus status) create conflict and build tension.

Step 4: In the third column, brainstorm plot points that derive directly from those conflicts.

When plot points derive directly from conflict, it creates moments that feel both unexpected yet inevitable.

In Die Hard, John McClane gets in touch with the police—it seems like he’s getting what he wants and he’s going to be able to save the hostages. But then, the FBI’s involvement feeds directly into Hans Gruber’s plans. These moments happen throughout the film: both characters are getting what they want, but then one character uses the other’s motivations to his advantage.

As you brainstorm possibilities for your plot, there are no right or wrong answers. Let your imagination play with several scenarios—you can narrow these down later.

My character might take a job that makes his wife happy, but it’s not one that makes him feel fulfilled. His victory feels like a defeat.

These are all very different stories with very different reader experiences, but the goal remains the same: to build tension and increase empathy through character-driven story.

Spice up your plot and keep readers hooked

When both of these things are in play, that’s when the juiciest plots emerge. And because the events of the story stem organically from conflicting motivations, the plot feels “tight,” like it couldn’t have happened any other way.

And it’s not just storytelling—it’s science.

By harnessing the way the brain processes story, we, too, can make it seem as though we’ve plucked the perfect plot from thin air.

We, too, can make it look easy.

Want more tools to make your plot extra un-put-down-able? Download our Story Circle Guide: How to Craft a Plot That Keeps Your Readers Hooked. This free guide includes a detailed breakdown of the Story Circle method and a worksheet for applying it to your story-in-progress. Grab your guide here.